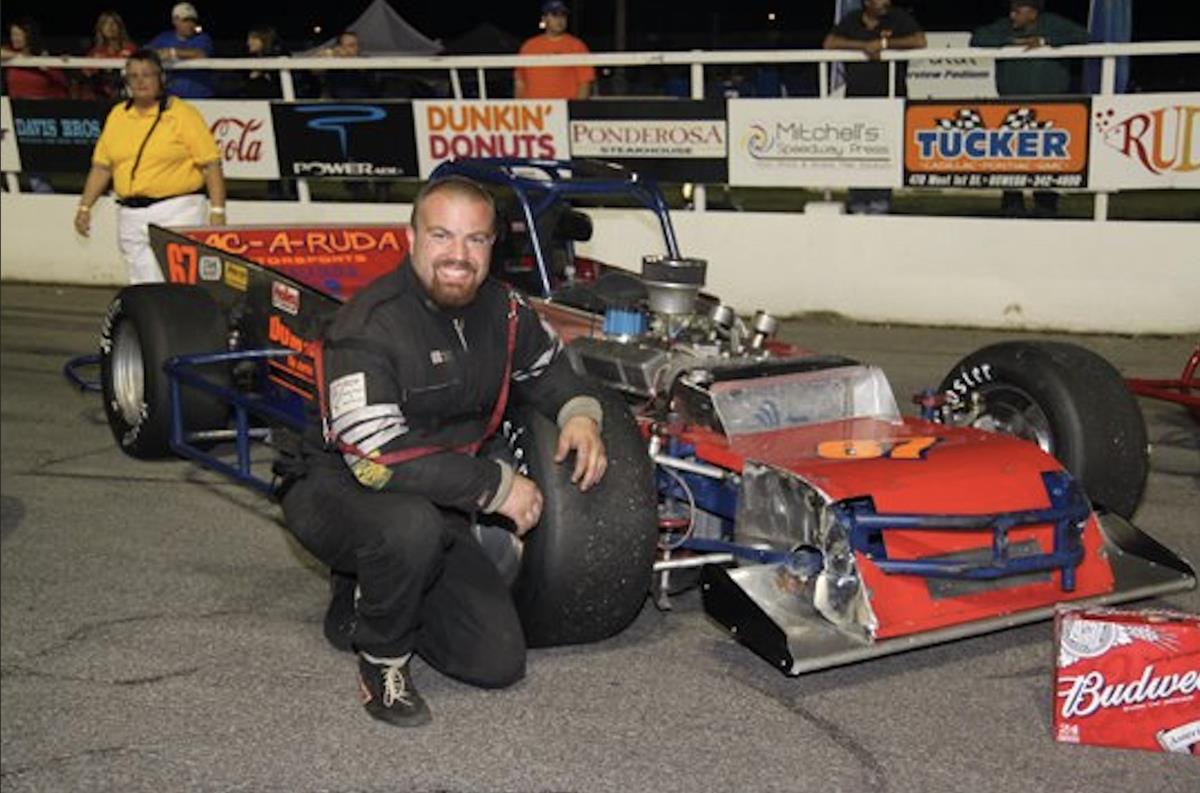 OSWEGO, NY (January 11, 2023) - Oswego Speedway’s Pathfinder Bank SBS division is poised for continued growth in 2023 and new to the already strong commitment contingent is returning veteran Ken Pierce, who will be back in competition for the first time since 2009.

Pierce competed regularly at Oswego for four seasons, beginning with his rookie year in 2006 followed by three full-time slates in 2007, 2008, and 2009. The Liverpool, NY, driver had not been in a race car for nearly 15 years, but was enticed to make a comeback after hot lapping a Small Block Super at a Fast Friday testing session a few seasons earlier.

“It’s never really the right time to get back into racing and I’m no spring chicken anymore. I did a few hot laps during a Fast Friday a couple years ago and it was one of those things where you say that you want to do it again, but you don’t know until you jump in the seat,” explained Pierce. “I was sure after I did that and it came right back to me that I’d be interested in doing it again.”

The 46 year old will be armed with the best equipment he has ever had when May rolls around. Pierce purchased a former Mike Bruce FFB Chassis from DeStevens Racing for the upcoming season. The car has been completely reworked in the last year or so, and prior to undergoing upgrades, already logged a number of feature wins, most recently in the 2018 Mr. Pathfinder Bank SBS event with Bruce.

“The DeStevens Family set me up with a really good car,” offered Pierce. “It's Mike Bruce’s old car and it was built for him originally by Dan Dennie. It’s a good deal on a car that has some wins, so that was another really big part of what made me want to do the deal and come back. The motor is getting re-done now and we should be in good shape for the season.”

Pierce, who will return with his familiar No. 67, intends to compete for the full schedule at Oswego Speedway, and if time allows, may also run a couple out of town events with the Small Block Super Championship Series.

“We’re going flat out, full-time at Oswego,” said Pierce. “With work and everything, if I have the time I might do some of the traveling stuff like at Evans Mills too."

Born into a family that loved the sport, Ken’s transition from fan to driver started like so many other competitors at the Speedway. Despite having no prior racing experience whatsoever, Pierce, originally from Oswego, grew up at his home track, cheering for Supermodified legend, Joe Gosek.

"My family and I always cheered for Joe growing up," Pierce recalled. "It is pretty amazing to think he is still at it after all these years and can still get it done, too. I've kept up with Oswego pretty well during my time away and have enjoyed watching everything going on."

From a young age, Ken knew he wanted to be out there himself someday, and that opportunity finally came to fruition in 2006 when he decided to take the plunge and go Small Block Super racing with his father. Sadly, Ken’s Dad passed before he could see his son on the race track, but Pierce decided to continue with his plan to complete, and did so in honor of his father, eventually with moderate success.

“I grew up around Oswego and it was always a dream of mine to race there,” mentioned Pierce. “My Dad was at the first race there. The big reason I got into it in ‘06 was to do one of those last father and son things, so I bought my car off of Tim Barbeau in 2005 after the Classic and sadly my father passed in 2006 before he got to see me race, so that was tough. I had planned to do it with him and really didn’t know how to do anything. Setup, stagger, nothing. I just jumped into it and there were a lot of teams that helped, but it took me a few years to get going fast.”

Despite being winless in his career to this point, Pierce has several top 10 runs to his credit, and a number of nights where he showed he could compete at the front, including in the 2009 SBS Classic. Ken qualified a solid ninth fastest before driving up to fourth in the 60-lap main, only to be forced to drop out with engine issues. This year, he is hoping to finish the job.

“I just could never put it all together for a win,” Pierce said. “There were a lot of times the car was handling really well. In 2009, we ran great all year, but then the motor went sour when I was running fourth in the Classic. I just really didn’t have a lot of luck, so, I feel like if I totally didn’t have it driving wise I'd say ‘forget it, I had fun doing it,’ but I went from nothing at all to being able to at least compete with the best of them. So, I told myself that I’ve got to go back and try to get a win or two. It wouldn’t be a successful season without a win.”

Of course, Pierce’s first night back in the saddle will be Oswego Speedway’s 72nd Season Kickoff, scheduled for Saturday, May 27th. The lid lifter features the 75-lap Jim Shampine Memorial for Novelis Supermodifieds, 35-lap Tony White Memorial for Pathfinder Bank SBS, and a 30-lap Memorial Weekend Special for the J&S Paving 350 Supermodifieds.