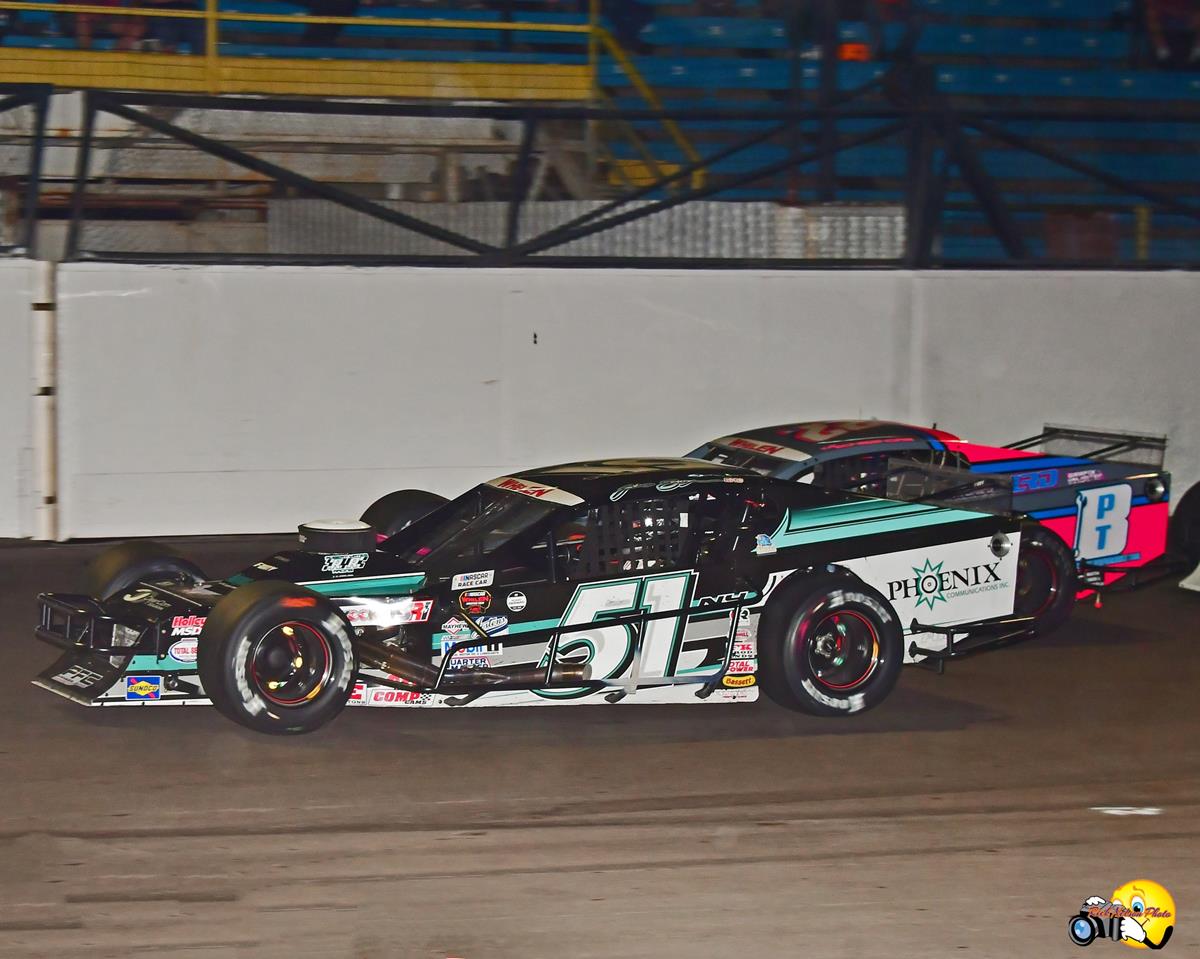 OSWEGO, NY (October 27, 2022) - As NASCAR prepares to celebrate its 75th anniversary in 2023, the NASCAR Whelen Modified Tour blends the old with the new as 19 race dates were announced on the 2023 schedule.

The Tour will kick off the season at Florida’s New Smyrna Speedway for the second straight year, joining the track’s “World Series of Asphalt Stock Car Racing” during NASCAR’s Speedweeks, racing under the lights on Saturday, Feb. 11. The 65th running of the Daytona 500 at nearby Daytona International Speedway will take place the following weekend.

In 2022, Martinsville Speedway is hosting the Tour’s season finale for the first time in 30 years. And the Virginia short track will return as the season finale next year to crown the series champion on Thursday, Oct. 26. The Tour title race will kick off a weekend of excitement as NASCAR also will set the field for the Championship 4 in the Cup Series and Xfinity Series.

“NASCAR has been running a Modified series since its founding, and it was important to honor that history in the Whelen Modified Tour schedule as NASCAR celebrates its 75th anniversary,” said Jimmy Wilson, Senior Director, NASCAR Whelen Modified Tour. “We’re excited to see our drivers put on a great show for fans at so many venues and cities that have played a large role in the success of NASCAR over the years.”

Richmond Raceway (Friday, March 31) and New Hampshire Motor Speedway (Saturday, July 15) will once again welcome the Tour in conjunction with NASCAR national series events. New Hampshire’s 74 Tour races is the second most among tracks on the 2023 schedule.

Thompson Speedway Motorsports Park (Connecticut), one of the original tracks from the Tour’s modern era schedule (1985-Present), will host a pair of events on Wednesday, Aug. 16, and Sunday, Oct. 8. Thompson has hosted 150 Whelen Modified Tour races, most all time.

Riverhead Raceway, third on the current tracks list with 70 Whelen Modified Tour races since first hosting the series in 1985, continues to be a cornerstone of the schedule. The Long Island, New York, track will hold three Saturday race dates again in 2023 – May 20, June 24, Sept. 16.

Seekonk Speedway (Massachusetts), which first hosted a Whelen Modified Tour event in 1987, returns to the schedule after a three-year absence with a race on Saturday, June 10. Langley Speedway (Hampton, Virginia) remains as a summer date, hosting the Tour on Saturday, Aug. 26.

Monadnock Speedway in Winchester, New Hampshire, will hold two races for the first time in the track’s history with the Tour, on Saturday, May 6, and Saturday, Sept. 9. Lancaster Motorplex (New York) – formerly known as New York International Raceway Park – will host its second ever Tour event with a Saturday, Aug. 5, race. The Tour’s only other event there was in 2021.

Additionally, the Tour will return to Oswego Speedway (New York), which has hosted 15 Tour races, on Saturday, Sept. 2, and to Wall Stadium on Saturday, July 8.

“These historic tracks and fans in the Northeast are the heart of the Whelen Modified Tour,” Wilson added. “They pack the stands and create an electric atmosphere for their hometown drivers.”

Two additional dates have been set (Saturday, May 27, and Saturday, July 29), with the venues to be announced in the near future.

The NASCAR Whelen Modified Tour concludes the 2022 season tonight at Martinsville Speedway, with four drivers sitting within 13 points of each other for the championship. Jonathan McKennedy leads the points with 564, while Ron Silk is six behind him. Reigning champion Justin Bonsignore is third, 11 points behind McKennedy, and Eric Goodale trails the leader by 13 points in fourth place.

Below is the 2023 NASCAR Whelen Modified Tour schedule. Schedule is subject to change. Race times and broadcast networks will be announced at a later date.