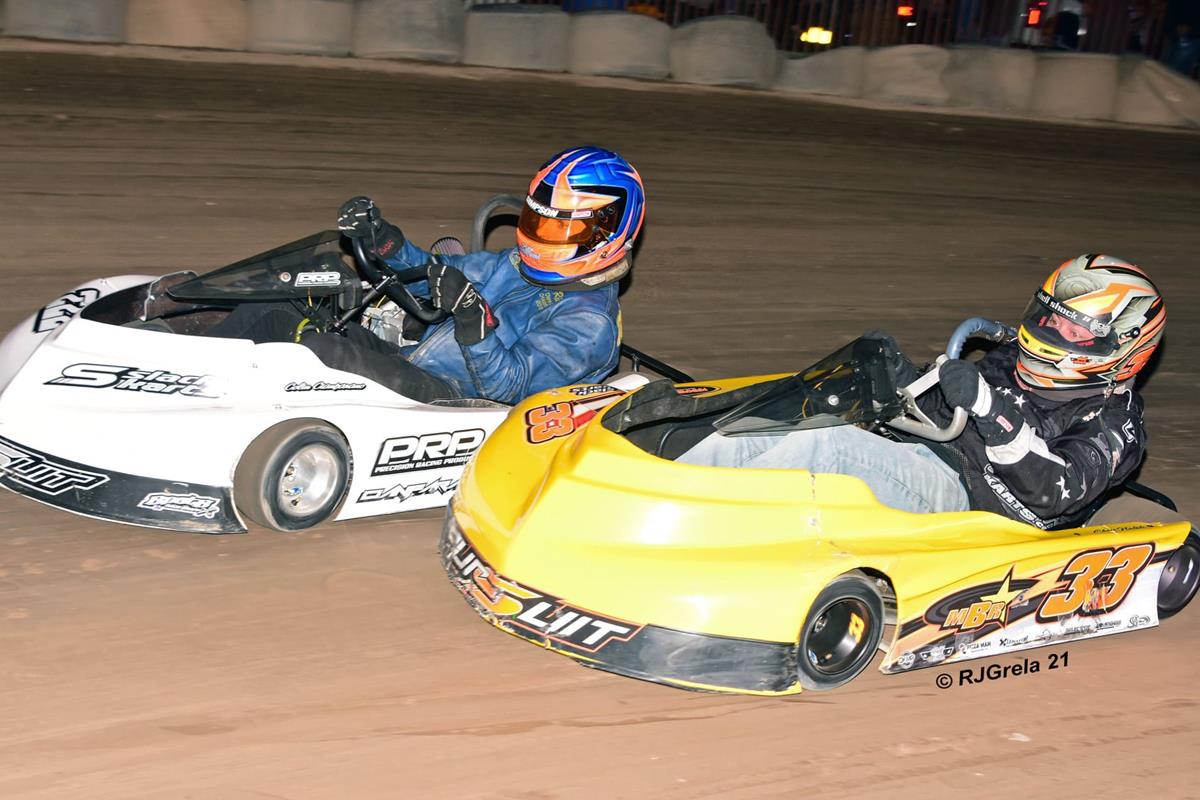 OSWEGO, NY (August 10, 2022) - Oswego Kartway will make its much anticipated return this Friday night with the Battle at the Bullring presented by Garafolo’s Importing.

This Friday’s action will be the first event of the three-race JP Jewelers King of the Kartway Series with companion events following on Thursday, September 1 and Friday, September 23.

The Friday, August 12 Battle at the Bullring will see all eight points divisions in action along with a 25-lap, $250 to win, PRO Clone 360 feature, which will kick start the qualifying process for the Fall Frenzy 200 on September 23. PRP will also award a $100 bonus to the fast timer for PRO Clone 360.

Pit gates will open on Friday at 4:30 p.m. with the driver’s meeting taking place at 6:15 p.m. Hot laps will begin at 6:30 p.m. with racing to follow at 7 p.m.
Entry fees for all points classes is $25, which includes the driver’s pit pass. The entry fee for PRO Clone 360 is $40, and drivers must also enter a points class to compete.

Pit admission for non-drivers is $15 with $5 carload admission set for spectators.

Transponders and Raceceiver radios are required to compete on Friday. The kartway will have transponders available to rent for $10. All karts will be required to utilize the Burris 33 tire, with fuel to be purchased from the Xpress Mart SUNOCO gas station located on Route 104 East in front of the speedway.
Garafolo’s will be on hand to provide full concessions for the evening.

The always exciting Kartway Classic will be featured on Thursday, September 1 with more points racing as well as the 50-lap, $500 to win, PRO Clone 360 finale. At the conclusion of this race, the top two drivers in PRO Clone 360 points from August 12 and September 1 will be locked into the top ten starting spots for the 200-lap, $1,500 to win, Fall Frenzy 200.

The Fall Frenzy 200 will conclude the JP Jewelers King of the Kartway Series on Friday, September 23. All eight points divisions will crown champions on this night, followed by the 16-kart Fall Frenzy 200 for PRO Clone 360, which will see caution flag laps count in the longest race ever run at Oswego Kartway.