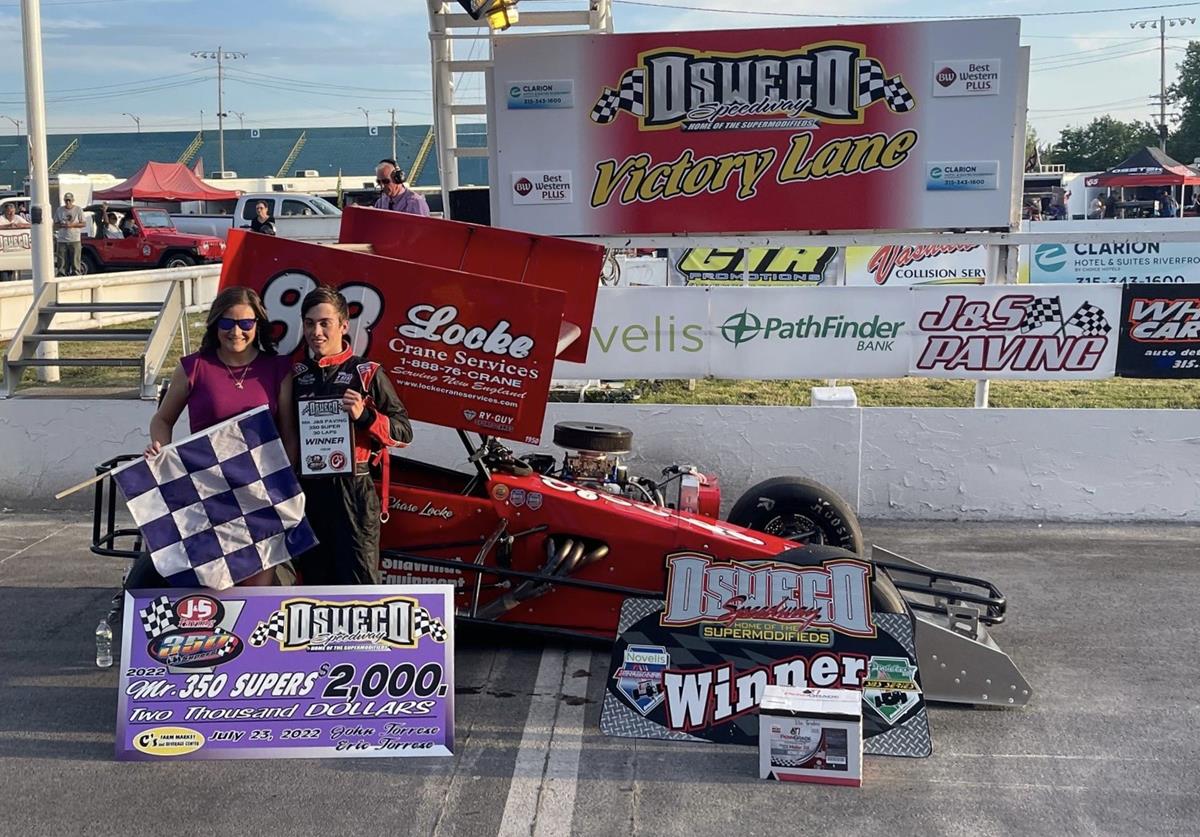 “The car was really on rails tonight,” Locke said. “I can’t thank my Dad, Grandpa, Ryan, and Anthony enough for coming out here. They all help out a lot and do this every week with me. My Dad always puts together a car that I think should have a much better driver in it sometimes, but I’d say we did pretty good tonight. I just want to thank my sponsors Chester General Store, Jemco, and Shawmut Equipment.”

Kyle Perry and Dave Cliff set the pace for the 30-lap feature with Perry inching out in front from the bottom part of the Speedway.

Wasting little time, Locke effortlessly drove around the outside of championship contender Sobus, Dalton Doyle, and Mike Bruce in the opening laps to pull in behind Cliff for second.

With the front three now nose to tail, Locke next went to the outside of Cliff in turn 1, and would then use the same move on Perry one lap later, stealing the race lead on lap 8.

Once Locke got out in front, he opened up a huge advantage over second place Perry, who held solidly in the runner-up spot until lapped traffic shook things up with 10 to go.

Now making his way into the top five was rookie Josh Sokolic, who had worked over Sobus, Doyle, and Bruce, to move up to fourth.

When the leaders caught traffic, Cliff got a but out of shape in between turns one and two, opening the door for Sokolic to take advantage for the three spot.

It looked like Perry would hold on for second, but coming to the white flag, rookie Sokolic continued to impress and got the run he needed to steal second in the closing laps.

Back out in front, Locke won big with nearly a half track advantage ahead of Sokolic, Sobus, Perry, and Cliff in the top five across the line.

Oswego Speedway is off this Saturday, July 30, but will return to action on August 6 when JP Jewelers and Burke’s Do It Best Home Center present ‘Retro Night’ at the races featuring the Novelis Supermodifieds, Pathfinder Bank SBS, and the second appearance of the season by the Sunoco New York Super Stocks.