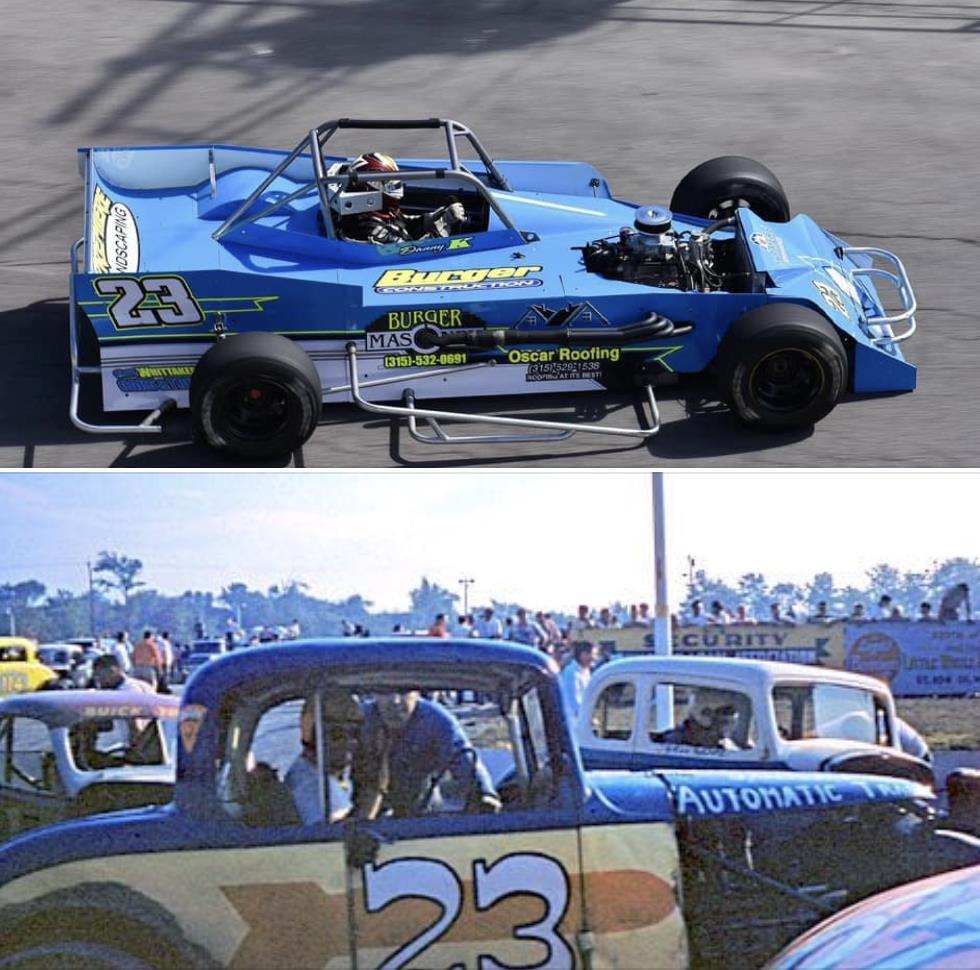 Flack Racing - OSWEGO, NY (December 13, 2021) – When the Flack Racing No. 23 Pathfinder Bank Small Block Super returns to Oswego Speedway in 2022, it will carry a tribute to the famed Virgo brothers.

Most of the Virgo brothers’ successes came in the early stock car days of the speedway, but they were able to transition into the supermodified era in the early 60’s. Drivers such as Ronnie Wallace, Bobby Pierce, Donnie Stevenson and Jim Muldoon were among the drivers that sat behind the wheel of Virgo supers.

The family’s greatest success came in 1958 when Billy Blum wheeled the Virgo No. 23 to victory in the second annual International Classic, topping the likes of Frankie Schneider, Dick Jerrett, Jack Murphy, Ed Bellinger and Nolan Swift.
Aside from the ’58 Classic, Blum and the Virgos were also noted for a particular victory over Swift in 1955.

For a period, Swift carried a set of 10 bowling pins on top of his 10pins coupe, which he would light up with a switch from the cockpit of his machine once he took the feature lead.

On Saturday, June 18 of ‘55, Swift took the lead and switched on the pins. However, driving the Virgo No. 23, Blum charged hard out of the fourth turn on the race’s final lap to steal the lead and the win from Swift.

The lighted 10 pins were retired for good following this victory by Blum and Virgo.

The Flack Racing team will return to Oswego Speedway with its No. 23 Hedger Fabrication Small Block Super chassis, powered by Donath Motor Worx, after winning four Oswego Speedway main events and the track title in 2021 with driver, Dan Kapuscinski.

The 2022 Oswego Speedway schedule is now available at www.oswegospeedway.com. The Pathfinder Bank Small Block Super season will open on Saturday, May 28 with the Tony White Memorial, which was won in 2021 by the Flack Racing team and driver, Kapuscinski.