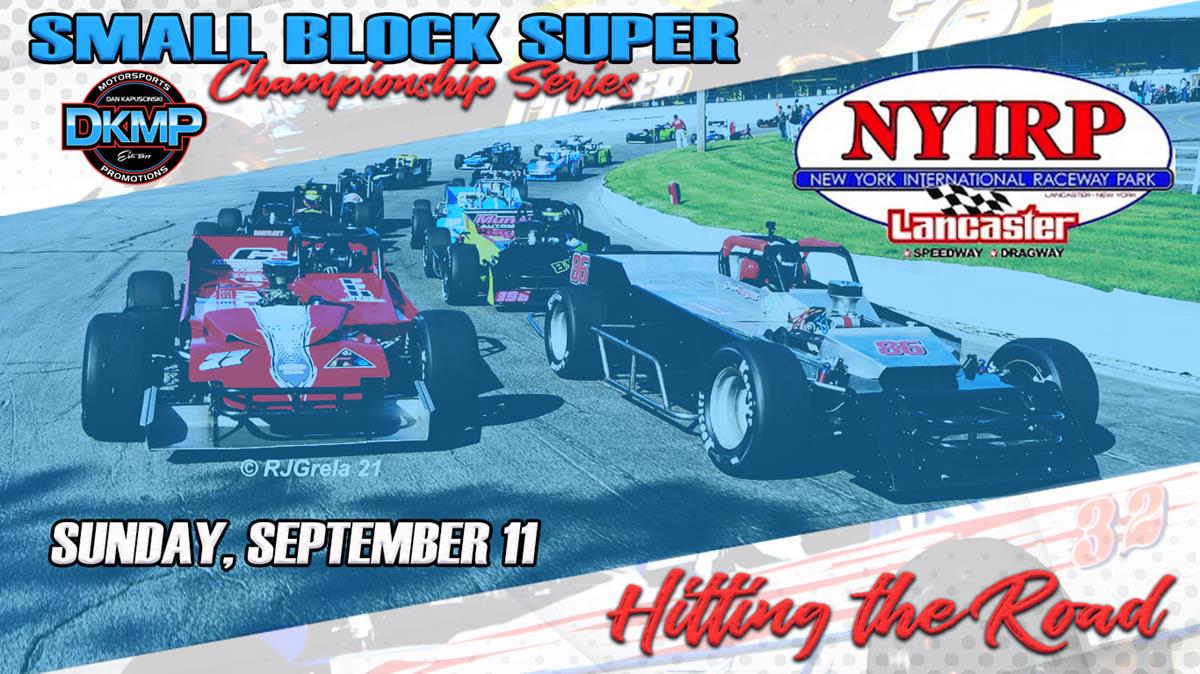 The September haul to Lancaster Speedway will be the first trip to the western New York speed plant for the Small Block Supers and will pay a minimum of $1,000 to the winner.

“We’re thrilled to partner with the team at Lancaster Speedway and join the historic U.S. Open Weekend,” said Small Block Super Championship Series Promoter, Dan Kapuscinski. “With FREE camping, racing the entire weekend and the Small Block Supers on the same card as the mighty Modifieds on that Sunday, we hope the Oswego faithful make the trip to support our drivers and a marquee event in New York State.”

Now, the Small Block Supers will have the unique opportunity to compete alongside the top Modified shoes in the region.

“Being part of this race is a special way to announce the restructured Small Block Super Championship Series and is just the start of a new schedule we hope to fully announce soon,” said Kapuscinski. “Having the chance to display our cars, drivers and racing in western New York, on this stage, is an important step for our division moving forward.”

The full Small Block Super Championship Series schedule is nearing completion, with an announcement scheduled in the coming weeks.