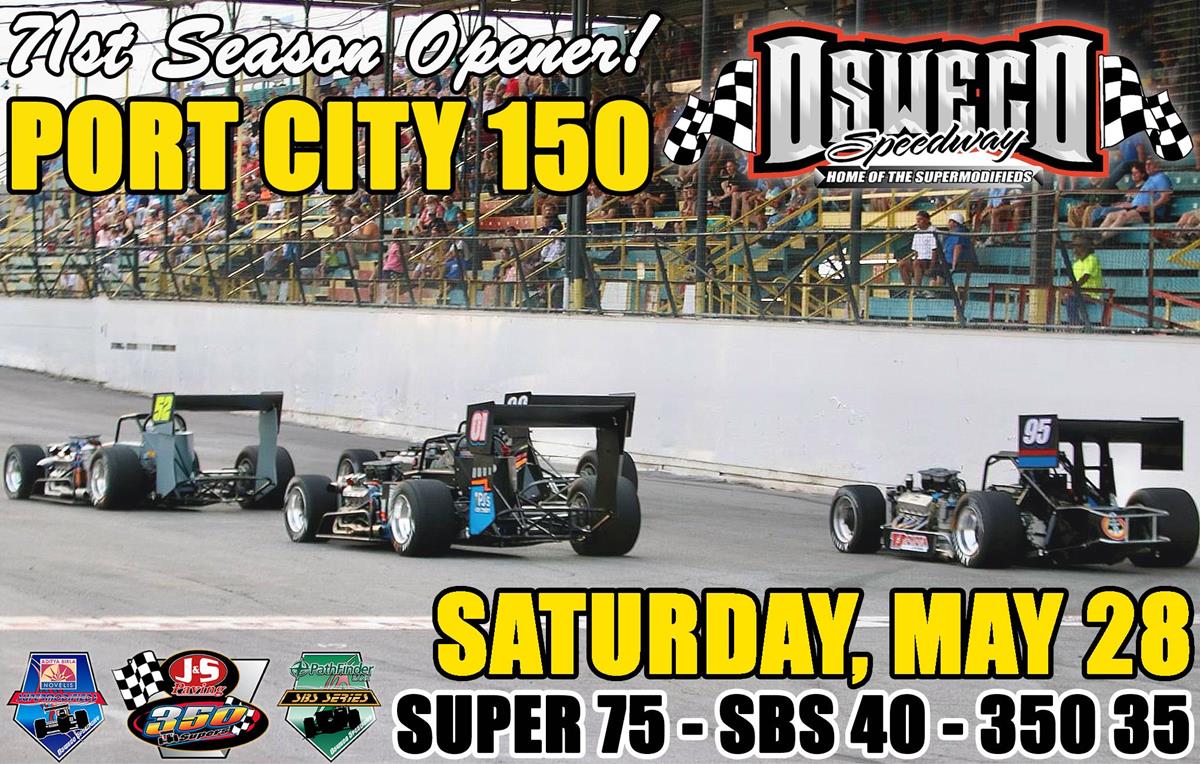 Oswego Speedway to Open 71st Season with Return of Port City 150 on Saturday, May 28

One of the most storied events in Speedway history, Port City Weekend was on the schedule every season from 1974 to 1994 and consisted of extra distance combination specials for the Oswego Supermodifieds, Tour Modifieds, and eventually the Limited Supers.

‘Opening Week’ will continue seven days later on Saturday, June 4, with the first of three Oswego Winged Super Challenge events, which will bring in teams from both ISMA and MSS, as well as many of the weekly Novelis Supermodified competitors.

Pathfinder Bank SBS and J&S Paving 350 Supers will be back on the schedule for week two to make for a three division card alongside the Winged Supers, which are already penciled in for the remaining two Winged Challenge shows on July 9 and August 13.

Oswego Speedway’s 2022 schedule will be released in its entirety this Friday. It features a full slate for Novelis Supermodifieds, Pathfinder Bank SBS, and the J&S Paving 350 Supers, plus the three Winged Challenge Series events.

For information on Oswego Speedway, visit online at OswegoSpeedway.com, LIKE on Facebook at Facebook.com/OswegoSpeedway or FOLLOW on Twitter @OswegoSpeedway or Instagram @OfficialOswegoSpeedway.
About Oswego Speedway: Oswego Speedway is a 5/8 mile semi-banked pavement racing oval located off the shores of Lake Ontario in scenic Oswego, NY. The speedway has been a continuously run weekly racing venue since August 1951. The premier open-wheel pavement short track cars in the world, Supermodifieds, run weekly at the Oswego Speedway making it the only weekly Supermodified racing venue in the world. The Small Block Supermodifieds and 350 Supermodifieds accompany the full blown Supers on a weekly Saturday night schedule which runs from May through September. Oswego Speedway is mentioned in racing circles as the “Indy of the East,” as no fewer than a dozen past and present competitors have competed at the famed Indianapolis Motor Speedway including Mario Andretti, two-time Indy 500 champion Gordon Johncock, and former International Classic Champions Bentley Warren, Joe Gosek, and Davey Hamilton.