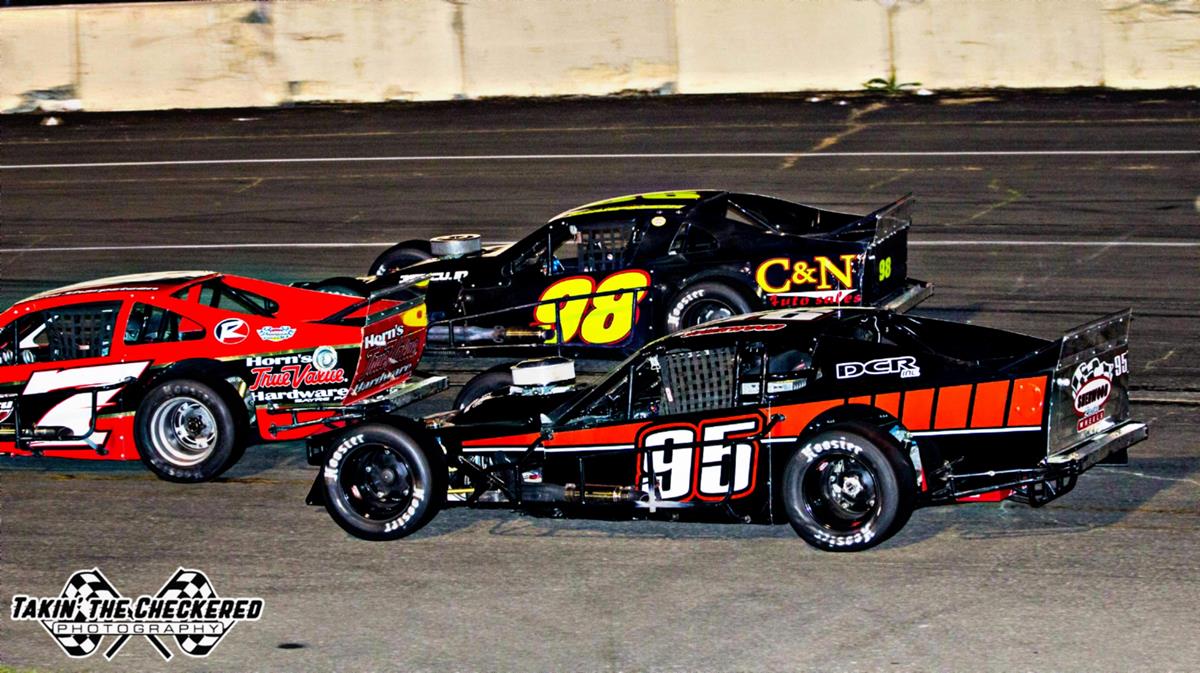 New York and Pennsylvania’s top Sportsman Modified competitors will converge on the ‘Big O’ for a 40-lap affair with the base purse now $13,000. The XMR brings Sportsman Mods back to the Port City for the first occasion since September of 2016.

“I’m a big Sport Mod fan and wanted to give drivers something different and fun, so thought why not approach the mecca of pavement facilities in the state,” said promoter Jody London, who is also the brain behind the Dave London Memorial Super Stock event held on Classic Weekend.

London has spent a number of years teamed up with the Sunoco New York Super Stock Series for the DLM, which honors his late father. DLM XII was moved to Oswego in 2019 and brought a staggering 46 stock cars to the pit area on Classic Friday.

“We’ve had success with Dad’s race and I have toyed with trying something new, but always felt there are so many great Sport Mod shows in New York there was no room for another,” London continued. “I finally decided to spread my wings and shoot for something unique. It worked out.”

For his new venture, London has tabbed current Wyoming County Speedway public relations frontman Dakota Packman as an advisor. “We have joked for years that we would team up for something and we were thrilled to get the green light,” London stated.

Despite having his consultant onboard, Jody says promoting XMR brings him “out of his comfort zone.” Along with his involvement in the Dave London Memorial for over a decade, he also has put together numerous 4-Cylinder and Kart events across the region, but this is an all new feel.

“This is something totally new to us. We’re just giving it a shot and hoping it pans out,” London explained. “For years, I’ve been quietly approached by Sportsman guys about a race. Not only do we want to finally provide those drivers with that race, but plenty of ‘xtra’ cash as well.”

London put together over $20,000 in contingency and lap money for his Super Stock event last Fall, leaving little doubt that the Dave London Memorial is indeed one of, if not the richest short track Super Stock show in the country. He hopes to do the same with the Sportsman division.

“The Sport Mod guys are such a scrappy, entertaining, and fun bunch,” London added. “They deserve to be in the spotlight and have extra money on the line. We all thought there was no better place for that than Oswego Speedway. These guys will go balls to the wall for 40-laps.”

For the inaugural Sport Mod XMR ‘Independence Shootout,’ London and company have tabbed Tom Fecteau as race director. Facteau brings many years of experience to the table as a former official, driver, spotter, and crewman.

Further information on the XMR Sportsman Modified event including an official website, rules, purse, and more will be released after the first of the year. Parties with questions may contact Jody London.

Oswego Speedway’s 2020 schedule can be anticipated by the end of the month. Season ticket, camping, and individual pricing will be revealed at that time as well. Registration for the Novelis Supermodified, Pathfinder Bank SBS, and 350 Supermodified teams opens on January 1.