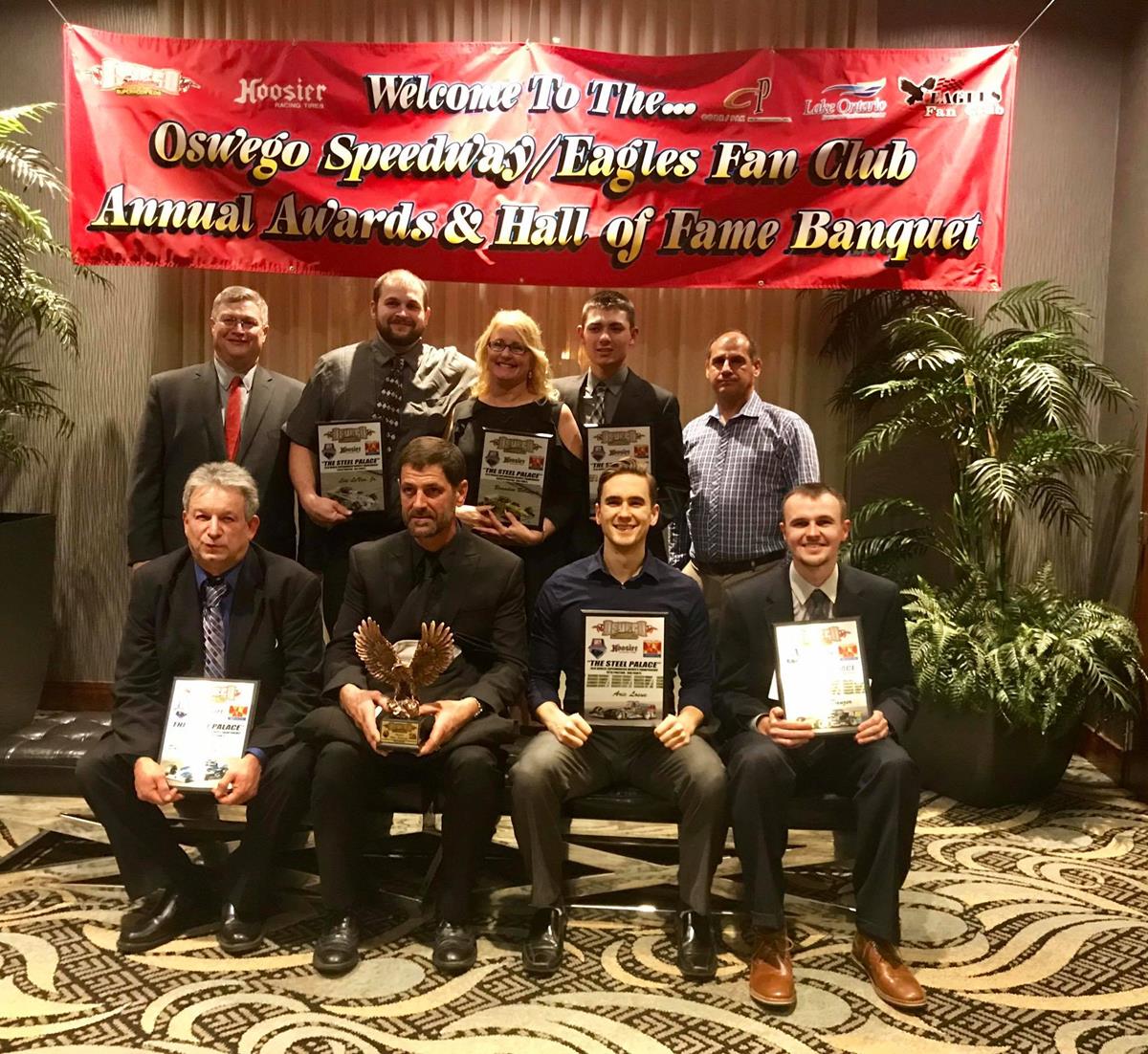 Sitterly, who became the Speedway’s grand champion this season winning his ninth career Novelis Supermodified title, will join Pathfinder Bank SBS and 350 Supermodified champion Anthony Losurdo on the podium to accept their accolades.

Also scheduled to be honored Saturday evening are 2019 Rookie of the Year Award recipients Camden Proud and Travis Bartlett, along with the Crew, Car Owner, and Most Improved Driver of the Year in both the Novelis Supermodified and Pathfinder Bank SBS divisions.

The recipients of the long standing Ed Clark Spirit and Lois Matczak Woman of the Year Awards will also be decided, while the two first-time Supermodified feature winners; Alison Sload & Tyler Thompson, will be honored with commemorative key plaques.

Joining in on the ceremony will be representatives from the Oswego Eagles Fan Club, who will be handing out all Eagles Fan Club Awards along with distributing payout from the 2019 Eagles Point Fund.

The schedule for this year’s banquet has been moved up one hour with cocktails at 5pm, dinner at 6pm, and awards to follow. DJ Mike will be providing music from approximately 8:30 to 10pm before the party moves to Alex’s on the Water with entertainment from Cam Caruso.

Any last minute ticket orders may be submitted to Paul Conzone at (315)-887-0813 or emailing oswegospeedway@gmail.com. The ticket cost is $45 and includes admission to the ceremony and dinner.